After we moved from Darlington to Lewisham life became a little crazy. Settling in to a new home and leaving behind a place I loved was hard. There was no more security of Nana M’s house and I was sad as I missed the dancing classes so much. It was hard when you start a new school and end up in the playground with a whole bunch of children you don’t know.
I was extremely nervous when High School began. I didn’t know how to react at first but I soon settled in. However the teasing and bullying was worse than primary school. I was growing and my features were becoming more and more feminine. My hair was getting lighter and blonder and I was slowly losing the freckles and my features were getting girly.

Our hose in Lewisham became an even bigger menagerie of animals. Mum decided to get some cats. Dad added ducks and budgies and I also think it was the beginning of his greyhound phase.I once played nurse nightingale to a poor little duck that had a bubble in his throat. The poor thing didn’t survive, but I tried my best to care for the little duck. Animals still remained a huge part of our growing up.

Dad used to sell hotdogs as job for a while. I remember I used to go with him sometimes to the club and we would stand outside waiting for the drunk patrons who usually needed something to eat in their messy state. We would arrive in the back of Dads old valiant station wagon and it was full to the brim with hotdog buns. You would set up the stand which had a side where u filled it with water and placed the Frankfurt’s in and heat them up from a can with fuel in it underneath the compartment. It was kind of fun in a way. You would start your night by saying “get your hot doggies” over and over. My dad would often get a bit drunk and I would have to sell the doggies. Some guys used to think I was a young girl and they would say give us a dog with sauce and mustard darlin. I never used to try and correct them. I just wanted to sell the hotdogs so when Dad woke up I had sold them all. I used to get lots of tips. It was easy when they were so drunk they couldn’t remember how much they gave you.

Then I would pack up the station wagon and wake Dad up who passed out on the front seat from getting drunk and we would drive home. That drive home was always a scary one.

At school I became more of a loner. I can’t remember too much of Ashfield Boys High, I think l blocked a lot of it out. I enjoyed learning. Not all the harassment that came with it.

A distinct memory I have was one day I was in one of the school buildings and I was in the middle court yard minding my own business. When all of a sudden I copped a garbage bin full of water tossed over me from the level above. Then they would say, cop that poofter. Then they threw the bin at me. I didn’t say much to the teachers or to Mum and Dad what was going on. I was too ashamed. I also thought if I dobbed them in I would endure it even more.

Again my sexuality was starting to become more prominent, I made a friend in our neighbour whom I got along well with. He had an older brother and I started to gain feelings for him. We used to have sleep over’s and we would touch each other during the night and we would play with one another intimately. How I longed for stop over’s. I think I had an attachment to him. He was extremely tall and handsome, and had a great toned body from being a football player.

It went on for most of the time we lived at Lewisham and then Mum and Dad decided to move again. I was angry when they told me because I was just starting to like Lewisham. Mostly because of the boy next door. This time we were off way out west. Granville. It was so far out. It took me a while to adjust to this move.

The house was nice and big and had a huge yard. More room for Dad to get more animals. I used to help him with the greyhounds to get pocket money. If I thought Ashfield Boys High was bad. Granville Boys High was ten times worse. We had to catch the bus now to school as we were a small distance away. Sometimes I would miss the bus and walk. It took forever. It was a very long street.

I remember the day I missed the bus and I was walking along the street and I was approached by a man in a van. He offered to take me to school. I jumped in the van and he drove towards the school. However he didn’t take me to the school. He took me to the TAFE car park. I thought something is not right here. When he parked the van I asked what is going on. He grabbed me by the back of the head and tried to force me to go down on his crotch. I thought to myself how am I going to get out of this one. So I bit him on the crotch and he screamed. I made a quick getaway out of the van and ran to school. I was so scared. It was the last time I ever took a lift from a stranger.

After a few weeks at Granville Boys High the teasing was increasing. I would get called an array of names and quite often I would get pushed around and sometimes bashed. The school had a high number of Lebanese students and they were rather cruel to me. There were a few effeminate boys at the school and we got harassed all the time by them.

I did the usual classes, I also did wood work and I even gave football a try. That didn’t last long. We were practicing one day and they threw the ball at me and I screamed and threw the ball away. I was very quickly relieved from being on the team.

I found myself a couple of friends that I got on with. The one I befriended the most ended in us being sexually involved. We didn’t say much to each other about it, when we had stopovers we would do intimate things. I was realising by this stage that I was more interested in boys sexually. We were good friends though for the four years I lived in Granville.

I can’t remember how but somehow the guy that was besotted with me in the Boy Scouts found out where we had moved to. He used to come and knock on the door after school wanting me to perform sexual things with him. I used to hide from him so he didn’t think I was home. I’d lie between the wall and the back of the lounge under the window where he would be peering inside trying to see if I was home. I would just lay there quiet until he went away. He sometimes would be waiting for me as I got off the bus and I couldn’t avoid him. I got smarter in the end and would come home a different way to avoid him.

At school the Lebanese boys were very cruel to me. They’d chase me after school and push me around and rough me up. The only way I could get them off my back was to perform oral sex on them to stop them from harassing me. I didn’t understand how they could be so harmful to me yet they would be ok with me when I performed the oral sex. I felt at times like going to the teachers and telling them what the boys were doing to me. I was confused and very confused in the end after all the torture they put me through.

I did some school work experience at the Commonwealth Bank. That was fun. My passion for being organised was a key feature they pointed out. However I got a job at McDonalds. It too was a place I could organise things and you had to work fast. So it was a good starting place for me and it was a foundation for learning good working skills.

When year ten finally finished I was blossoming in a different way to other boys. I was tallish and had shoulder length strawberry blonde hair and was becoming more and more feminine. It was getting harder to suppress the desire to dress in women’s clothing, but I had to. The struggle inside was hard to deal with I just didn’t know what would become of it at the time.

The relationship between me and my brother was somewhat estranged as we used to fight a lot. I think it was because although we were a couple of years apart we were actually very much alike.

Granville wasn’t the nicest experience for me when I look back on it but I had no choice but to make the best of it. My high school years are ones that I have kind of blocked out the most. I passed my high school certificate and finally I was away from the harassment. I was so glad to finish high school. They say most things in life make you tougher. The bullying and the teasing made me a stronger person in the sense that if I could handle the harassment I could handle anything. We didn’t have the support we have today to deal with the bullying, I honestly don’t think it would have made much difference.

What I was experiencing at that age was something I was soon to find out what they call Gender Dysphoria. 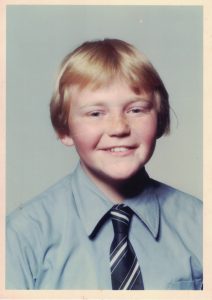 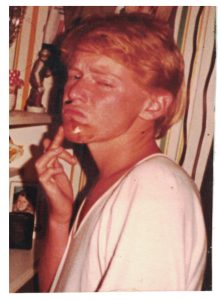 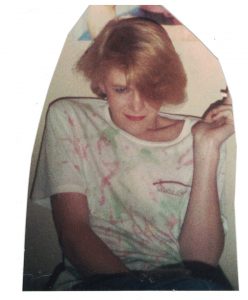 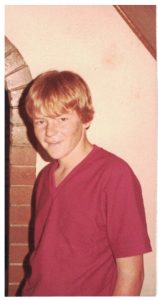 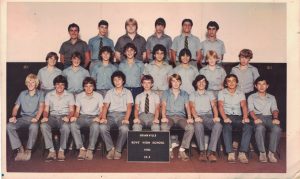 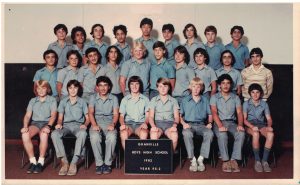 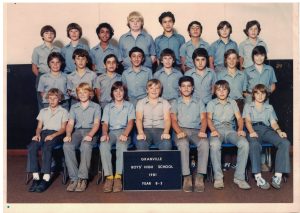 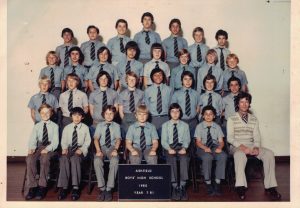 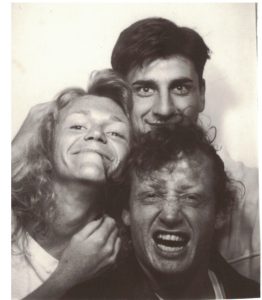